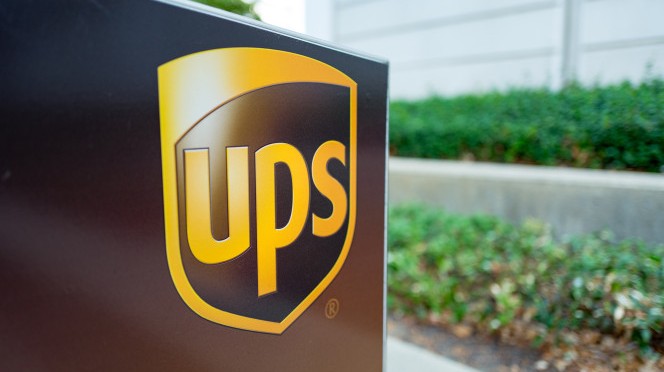 Brown left this Canadian family in the red.

The United Parcel Service lost a Canadian man’s $846,000 inheritance, and bank TD Canada Trust is refusing to refund the missing money 10 months later, according to a CBC report.

UPS has only offered $32 and an apology letter — and TD hasn’t paid out a dime for the supposedly bank-guaranteed lost dough — leading to “many a night of lost sleep, and gnashing of teeth and anger. Frustration, unbelievable frustration” for Lorette Taylor and her brother Louis Paul Herbert, according to Taylor.

After their father died, Herbert said, he went to his local UPS store near Cornwall, Ontario, where he was expecting a package from sister Taylor containing his share of their inheritance in the form of a bank draft, but it never came.

“I’m waiting at the UPS store, around 3 p.m. because that’s when they said the guys came in, nothing shows up,” Herbert told CBC News. “I came back in the evening. Nothing shows up … and I’m wondering, ‘What’s happened to my inheritance?’”

Taylor sent the money through UPS from her lawyer in Georgetown, Ont., about 270 miles away, so Herbert wouldn’t have to drive to pick up the hefty sum.

“I should have just driven,” Herbert said. “It’s something I kick myself in the rear over every day.”

Taylor obtained the bank draft — which is like a certified check, but the money is taken from a customer’s account immediately and held by the bank until the draft is cashed — in February, after TD told her it was the safest way to send the large sum.

“They said a bank draft was more appropriate” for that amount of money, Taylor said. “Never in my wildest imagination did I think something like this would happen.”

The bank assured Taylor and her husband the money could be replaced if the draft was lost.

The delivery company, whose slogan once asked “What can brown do for you?,” was able to track the dough to a parcel distribution center north of Toronto, but said the trail goes cold after that.

“While UPS’ service is excellent in our industry, we are unfortunately not perfect. Occasionally, the loss of a package does occur,” spokeswoman Nirali Raval told CBC, declining to answer specific questions.

“Our records indicate that our team followed UPS protocol and an exhaustive search for this package was completed by our Operations and Security teams. Unfortunately, we were unable to locate the package,” she continued.

The company refunded the $32 it cost Taylor to mail the lost parcel and sent an apology letter.

“That’s nice of them to say, but it doesn’t solve my problems,” Herbert said.

And TD is refusing to refund the money unless Taylor signs an agreement to pay back the bank if someone cashes the lost draft, which does not expire like regular checks.

“It also said that if something happened to me, for example, my children and my heirs and my spouse and my executor would have to pay this debt,” she said. “Well, I didn’t really want to sign this.”

She signed anyway, but the bank “never paid anyone a dime,” according to Taylor. Instead it demanded she let TD put a lien against her house in case the errant check was cashed, but she refused.

“If the bank really wants indemnity, then UPS should sign it,” she said.

TD did not answer CBC’s questions but sent a general statement explaining that “before we can agree to a replacement or reimbursement, we need appropriate security to be in place.”

Herbert, 61, said he’s maxed out his credit cards and needs the money to survive.

“TD has the money. The money is actually sitting in an account with TD. Nothing has been stolen. It’s there. That’s my inheritance,” he said, adding that if he had the cash, “I would have been retired.”

Supply chain processes throw off a lot of data. If you’re a successful supplier who fulfills a significant number of orders then you understand that the detail of the transactions generated by orders, shipments, receipts, and all the miscellaneous transactions associated with every order is just too much to be able to read through, much less make sense of. But every part of your operation from your suppliers to your customers demand some kind of accountability, and it’s your responsibility to know of any problems or even potential problems long before everyone else. But with all the data flowing through your systems, is it even possible to separate the standard data from the trouble signals? 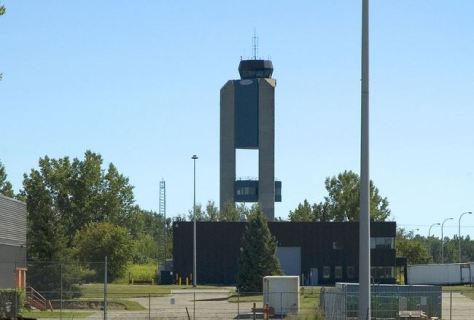 We have been talking a lot about Supply Chain Management Control Towers. Yes, transportation (usually under logistics) is included in the control tower. In many companies, transportation is outsourced to a 3PL, 4PL or 5PL provider. This provider is an expert at hooking your company up to any required transportation resources. Your provider already has some excellent tools available. A popular concept since the 1990’s has been the “Load Control Center” (LCC). We are looking at outsourcing, but yes, excellent software is available if you do it yourself.
Transportation has always been an opportunity to centralize and get some benefits. 3M started the concept of Load Control Centers(LCC) and lots of others followed suit. The LCC is simply centralization of transportation planning and execution. Benefits include:

Today’s CIO has more on their mind than merely keeping their company’s data safe from hackers, which isn’t easy in light of the lightning speed technology is advancing. Matters such as BYOD, shadow IT, cloud migration and virtualization also tug for attention, but even that’s not everything a CIO has to master.
Technology has proven both a blessing and the bane of the CIO’s existence. The electronic transfer of vital information, such as invoices and supply chain data, is immeasurably impacted by EDI, the electronic data interchange. If the systems running EDI aren’t functioning with exact precision, a company can lose market share and even be penalized for missing contractual obligations for the late or missed delivery of goods and services.

In fact, there are multiple points of potential failure along the supply chain that create risks and uncertainty. In Deloitte’s report ‘The Ripple Effect‘, supply chain hazards of import to the CIO and anyone else charged with overseeing a company’s supply chain are highlighted. According to the report, today’s risks to the supply chain are becoming increasingly costly. As a result, 71 percent of executives surveyed for the report said supply chain considerations play an important role in their company’s decision-making processes. The complexities of managing supply chain technology has become such a risk that many executives believe it should be outsourced, rather than tackled within the organization.

The move toward managed services in general continues to gain popularity as companies look to leverage the expertise of service suppliers dedicated to specific functions and technologies. This is particularly true when the technology is critical to the business despite not being their core competency, which is often the case with EDI. Outsourcing can remove the uncertainty of internal personnel issues, hardware and software support, and even connectivity issues from internal budgets to predictable contractual agreements.

EDI is a secure environment. At least that’s the premise that most supply chain professionals work by. And the truth is that for the most part the EDI transaction chain is very secure. But that doesn’t mean there aren’t areas to monitor and steps to take to make certain your assumptions about security are correct… and that your transactions are not going to be compromised.
Here’s an overview of the main steps to take to assure your transactions and in fact, your business as a whole is secure and doesn’t have gaping holes that competitors or just bad guys in general can turn against you.

In many ways assessing the security of your EDI environment is the same as managing any other portion of your enterprise security. The main point is to know how your data is exposed and where the most vulnerable points are. Once those issues are known it’s a matter of working through standard security processes.

First step: Identify what is to be protected

Second step: Determine where your data is sensitive
Third step: Determine what security needs to be in place
Fourth step: Decide what protections to enable
Read more: http://www.ec-bp.com/index.php/articles/editors-blog/11014-no-risk-edi#ixzz3XHoJHeYZ