Alphonse Mucha was one of the stars of Art Nouveau. He is most well known for the many posters he did for Sarah Bernhardt. He did many other wonderful paintings as well. 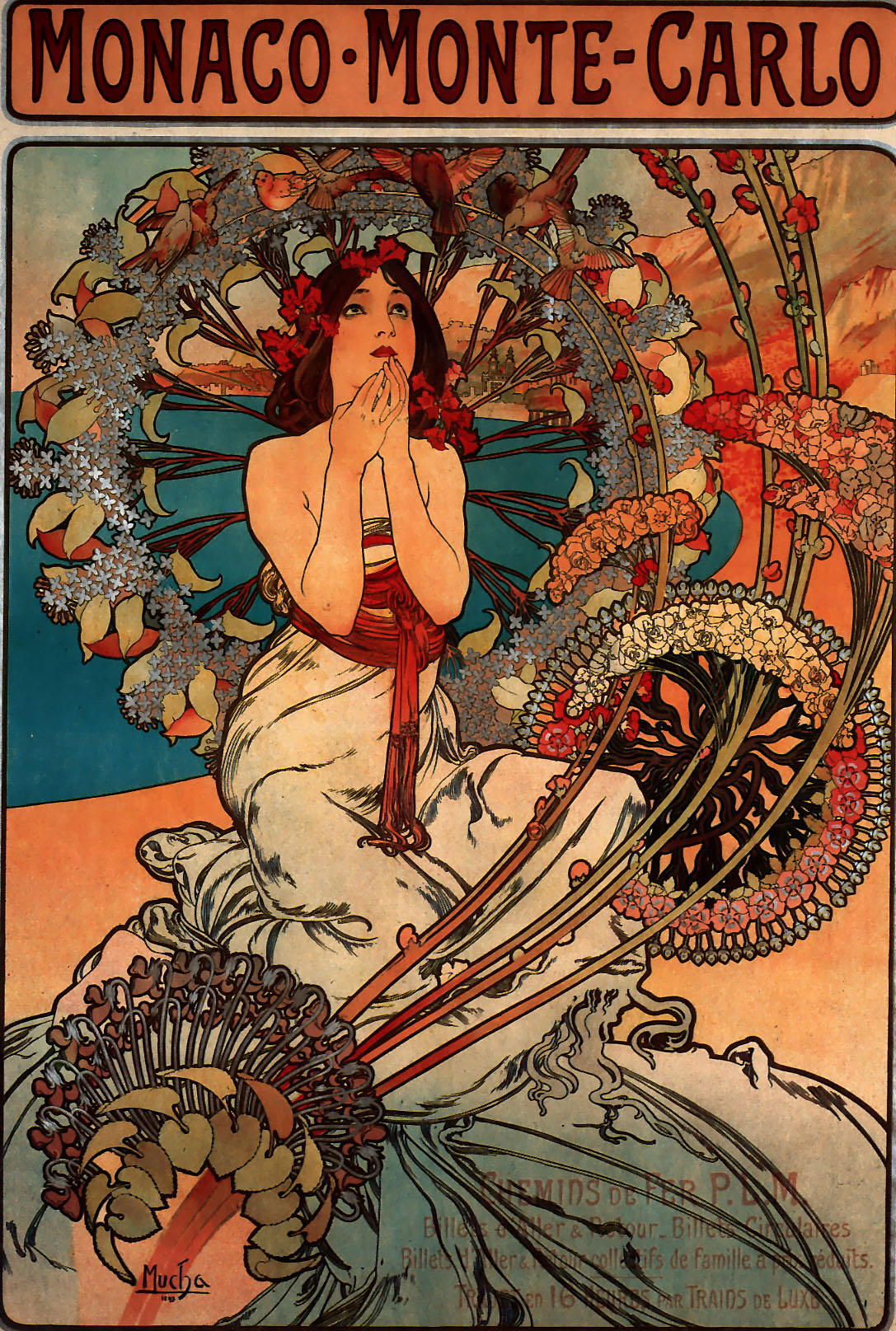 The Railpower GG20B Green Goat is a low-emissions diesel hybrid switcherlocomotive built by Railpower Technologies Corp. It is powered by a single Caterpillar C9 six cylinder inline engine developing 300 horsepower (224 kW), which is also connected to a large battery bank where both sources combine for a total power output of 2,000 horsepower (1,490 kW).

Omaha, Neb., April 28, 2006 – As fuel prices continue to rise, the pain at the pump is leading consumers to look for ways to improve fuel economy. The same is true for the nation’s largest railroad. Imagine the cost of fueling a 4,000 horsepower vehicle with a 4,900-gallon tank. Union Pacific fuels nearly 8,000 of these vehicles every day. They are the diesel locomotives that move the consumer goods, food, energy and construction materials fueling the…

Ringling Brothers Advertising Car from an old postcard.
The advertising car went a couple of weeks ahead of the circus. It carried at least a dozen men and hung posters all over.

The circus and the circus train has always fascinated small children and grown-up railfans alike. Circus transportation has changed significantly in the last forty years. The circus itself has also changed. All the small circus shows have either “folded their tents” or changed to glorified stage shows.

The “big show” was and is Ringling Brothers and Barnum & Bailey. An unfortunate disaster in Hartford in the mid-1940s in which the big top caught fire almost put an end to it. A strike in the mid 1950’s brought an end to the use of the tent, and the shows have since been performed in arenas where the big top is not required. But the show goes on – by…

The sky was changing and becoming
alive with colors and emotions.
Sometimes we may just study
the details to imprint them
on our minds. Other times, we
cannot resist sharing with a
person passing by, if we are
walking. Others times, we push
ourselves to find an opening in the
scenery to get a clear picture.
One to carry with us, on our cell
phone. Just to open and sense the
eye opening experience once again.
It is getting cooler, but still we
shall have warm days, cool nights
and magical carpet rides.
Looks like a great clearing
to run, settle on it, hang on tight!
Come drift along on your carpet
beside me out into the blue yonder.

I tried to fit in it, but we had