A Note From Abroad

Monday, March 2nd ~ On board the Queen Mary

I was so excited to have my sister and brother-in-law stop by on their way to Arizona. Their time with us was limited, and we opted to take a day trip to Long Beach to tour the Queen Mary. Built by Cunard line in Clydebank, Scotland, she was originally known as job #534.

Although Cunard had maintained a legacy of naming their ships with names ending in “ia” such as Mauretania, Aquitania and Berengeria, legend has it that the tradition was ended due to a miscommunication of sorts.

“As per protocol, legend states that the Cunard directors went to ask King George his blessing of the ship’s proposed name saying, “We have decided to name our new ship after England’s greatest Queen,” meaning Queen Victoria, the King’s Grandmother. Upon which the King is reported to have stated, “My…

Are humans getting cleverer? 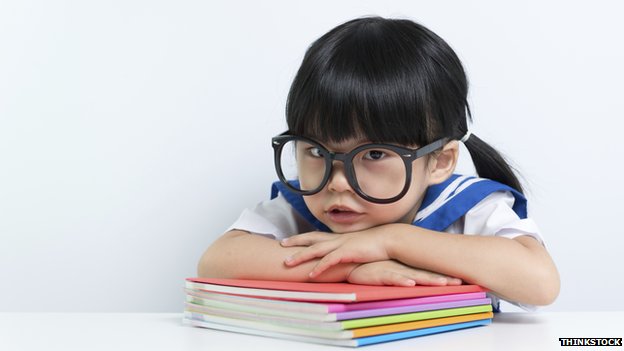 IQ is rising in many parts of the world. What’s behind the change and does it really mean people are cleverer than their grandparents?

It is not unusual for parents to comment that their children are brainier than they are. In doing so, they hide a boastful remark about their offspring behind a self-deprecating one about themselves. But a new study, published in the journal Intelligence, provides fresh evidence that in many cases this may actually be true.

The researchers – Peera Wongupparaj, Veena Kumari and Robin Morris at Kings College London – did not themselves ask anyone to sit an IQ test, but they analysed data from 405 previous studies. Altogether, they harvested IQ test data from more than 200,000 participants, captured over 64 years and from 48 countries.

Focusing on one part of the IQ test, the Raven’s Progressive Matrices, they found that on…

O Solitude! if I must with thee dwell,
Let it not be among the jumbled heap
Of murky buildings:

Tri-Rail, the commuter service that has been running trains on the CSX track west of Interstate 95 between Palm Beach County and Miami since late last century, is now working on a major new plan: to run trains into downtown Miami beginning in late 2016 or early 2017.

Jack Stephens, executive director of the South Florida Regional Transportation Authority, said the plan calls for running the trains on a stretch of the same track that would be used by a planned Miami-Orlando passenger service.

The plan requires construction of a spur connecting the CSX track that Tri-Rail uses to the Florida East Coast Railway track. Though the spur is slated to be built by the Florida Department of Transportation, Tri-Rail is seeking an additional $69 million — money that would be needed within eight weeks to mesh with the construction…

I agree, whoever  said it

When something bad happens, you have three choices .

You can either let it DEFINE you,

Let it DESTROY you,

Or you can let it STRENGTHEN you……

Anyone who follows this blog knows how much of a fan I am of footwear. To me, there is no piece of gear more important for day-to-day hiking purposes. When my feet are comfortable I can walk forever, regardless of other conditions. This was a great year for me, as the Salomon XA Pro 3D saw me cover countless miles in multiple countries, the Inov-8 Trailroc 255 helped me fly around the San Gabriels, and although the tread fell apart, the La Sportiva Ultra Raptor dug in to every terrain I threw at it. 2015 looks to be an exciting year for new offerings. I plan to stick with the Salomon XA Pro 3D for the foreseeable future, but there are a few new models coming in 2015 that have caught my eye. Here is a list of my top 5!

Comment below with your location! Can’t wait to see the wide variety of friends!

Hello, I’m Carol’s brother, Walter. You probably know me already. I’ve been thinking about a lot of things lately and find myself getting a little down. Mostly I can’t figure out why it is that humans love cats so much more than dogs? Carol has a blog and humans actually read it. Have you really thought about that, dear human?!

Just a few internet searches and one quickly sees that cats are everywhere. An article in The Guardian says that cats are more popular because dogs “are trying too hard.” The article went on to say that dogs are “desperately trying to impress you – longing for your validation and approval,” whereas cats’ behavior is “cool, and effortless, and devoid of any concern about what you might think.”

Am I trying too hard? What will it take to get you to like me more than Carol?

Do you see what I…